Venture is a leading manufacturer of high-performance LM3915 VU Meter PCB in China for more than 10 years.

Our high-performance LM3915 VU meter PCB can display with 20 LEDs on mono or stereo with 10 LEDs for the audio systems. They are cheap and can easily build.

Whether you are a system designer, distributor, electrical engineer, or a retailer, Venture is always the right place for you! 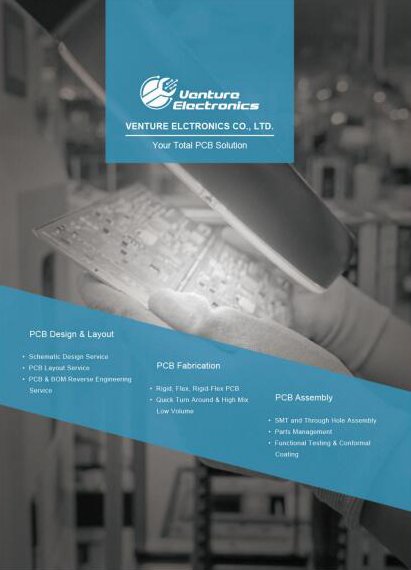 LM3915 VU Meter PCB’s pin changes the display from a bar graph to a moving dot display. It has a whole display system that operates from a single supply as low as 3V or as high as 25V. 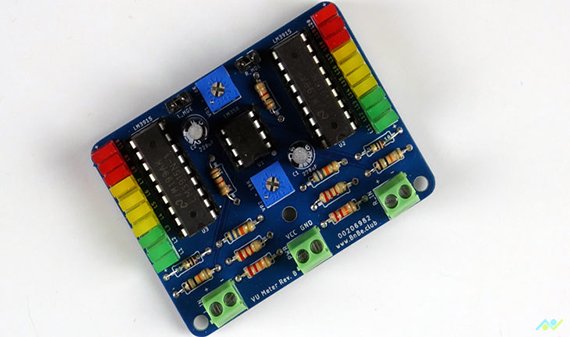 Venture LM3915 VU Meter PCB is an integrated circuit. You can adjust the light intensity of the LEDs according to the audio input volume with the 100k potentiometer. 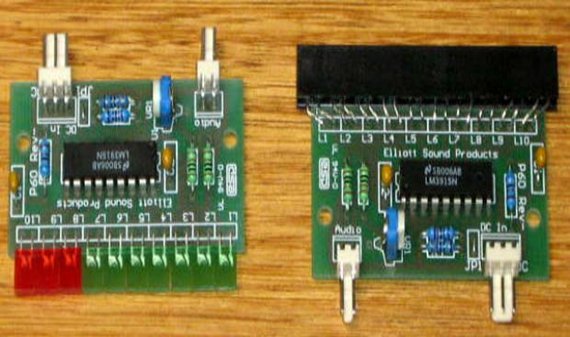 Whether you are an electrical engineer, LM3915 VU Meter PCB distributor, retailer, or custom factory, you can always rely on our 10 years of manufacturing experience. 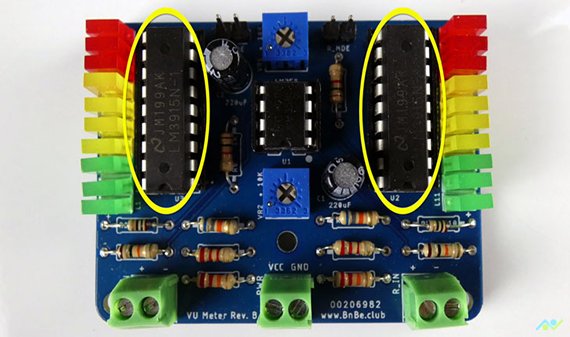 You can trust Venture as your best business partner!

Get an instant quote for your next LM3915 VU Meter PCB orders today!

This guide covers all information you’re looking for about LM3915 VU Meter PCB.

So, before investing in a new LM3915 VU Meter PCB, read this guide.

It is a board assembled to mechanically support and electrically connect an LM3915 IC and other components used to form a VU meter.

A volume unit meter (or a VU meter) circuit is a device used in displaying the volume of music output. It can be used in an amplifier or a loudspeaker.

What Are The Salient Features Of LM3915 VU Meter PCB?

The most common features of the LM3915 VU meter PCB include:

The two can, therefore, be used interchangeably though LM3915 IC is a higher version of LM3914 IC.

The LM3915 VU meter PCB is more sensitive than the LM3914 VU meter PCB. That can be observed from the number of LED lamps that light up in LM3915 than LM3914 at the same time.

What Are The Key Components Of LM3915 VU Meter PCB Assembly?

The key components used in the LM3915 VU meter PCB assembly include:

This is also the stage where you use a drawing tool to come up with the schematic or layout of the PCB.

You can also make your board by transferring your layout onto a copper plate and using a solution to etch it.

How Many LEDs Can LM3915 VU Meter PCB Drive? 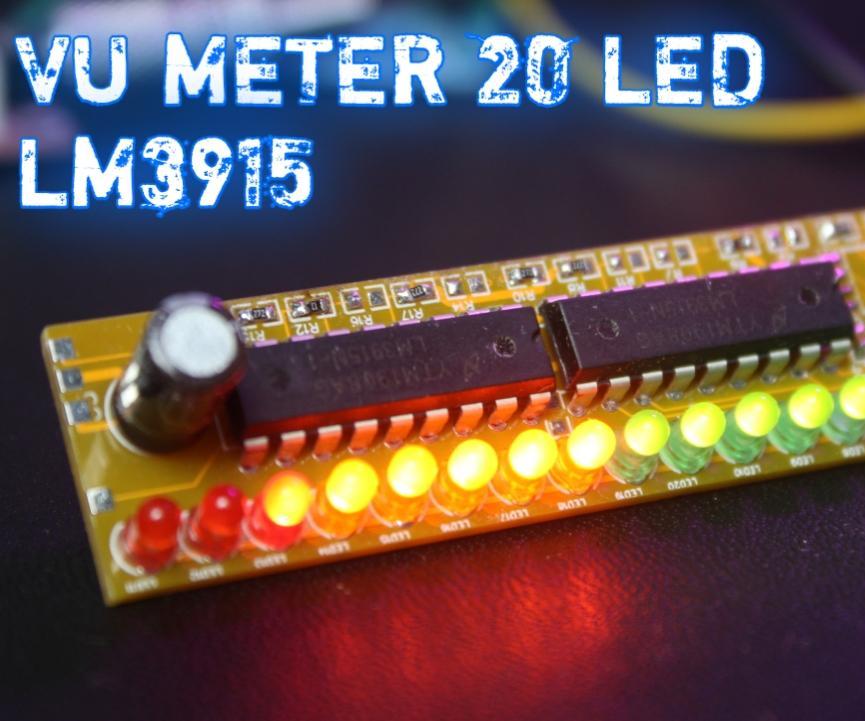 What Are The Advantages Of Using The LM3915 VU Meter PCB?

An additional one resistor can program the full scale anywhere between 1.2V to 12V without relying on supply voltage.

The purpose of the LEDs in the LM3915 VU meter PCB is just to display.

How Many Pins Does LM3915 VU Meter PCB Have?

The pin configuration for the LM3915 integrated circuit can be summarized in the table below.

What Are The Design For Manufacturability Mistakes Most Likely To Be Made When Making Custom LM3915 VU Meter PCB?

Design for manufacturability (DFM) is the exercise of arranging the components of the PCB to realize a layout that is easy to fabricate. The DFM mistakes likely to be made by customers that could lead to poor LM3915 VU meter PCB results include:

Failing To Involve The Vendor Early

It is imperative that you bring your manufacturer on board as early as when you have just done your first draft.

Engaging your vendor early enough helps in flushing out mistakes that might not be visible on paper no matter how thorough you are.

You can then proceed to fix the identified problems before ordering components required for production or before seeking certification approvals for the design.

Getting Too Close To The Edge

Placing your components too close to the board’s edge can be disastrous and should be avoided.

Give some reasonable space allowance from the edge.

Capacitors, for example, can crack if they are placed too close to the edge of the LM3915 VU meter PCB board.

A lean design will mean fewer parts and you do not therefore have to make many purchases for your LM3915 VU meter PCB.

Unnecessarily complicating your board such as using SMT on both sides can be costly and should be avoided unless it is very essential.

Putting through holes on both sides of the board is also unnecessary because you’ll have to process it twice just like in SMT.

Using undersized parts can also lead to a poor quality board. Being available does not mean you have to go for them.

Going for the smallest parts when you have plenty of space on your board might not be the best decision.

The general practice is that spending a little more at the early stages can fasten your production process and eliminate mistakes.

What Are The Operating Modes Of LM3915 VU Meter PCB?

There are two major display modes in the LM3915 VU meter PCB which are:

Connecting pin 9 to the Vcc makes it operate in the bar graph mode. On the other hand, the LM3915 VU meter PCB operates in the moving dot mode if pin 9 is left floating.

All the LED lamps light up below a certain level in the bar graph mode. Therefore, all the LEDs should light up at the maximum signal level.

The input voltage of an LM3915 VU meter PCB is an analog voltage supply ranging from 0 to 1.5V.

The analog voltage is passed on to the buffer amplifier which operates a sequence of 10 compatriots.

Every comparator compares the input voltage against the reference voltage then drives the corresponding LED connected to it accordingly.

What Is The Maximum Input Voltage For LM3915 VU Meter PCB?

The maximum input voltage for an LM3915 VU meter PCB is 35V. 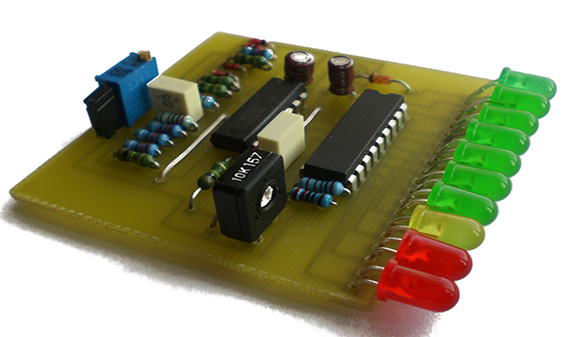 What Is The Difference Between Dropout Voltage And Offset Voltage Of LM3915 VU Meter PCB?

The offset voltage, on the other hand, refers to the differential voltage that has to be supplied to every comparator. It serves to bias output in the linear region of the comparators.

Yes, it is possible to connect multiple LM3915 integrated circuits in cascade in an LM3915 VU meter PCB to achieve various purposes. For instance, the cascading may be done for handling separate channels for stereo or to realize a 60dB display.

For large number LM3915 ICs, cascading can be achieved by varying R1, R2, and R3 in inverse proportions to the devices tied in.

What Should You Do If The Audio Input Could Surpass The Maximum Signal Input Of LM3915 VU Meter PCB?

The LM3915 VU meter PCB can tolerate input signals of up to 35V beyond which the input signal should be attenuated.

Alternatively, a sufficient series resistance can be incorporated to limit the input signal to 5mA.

Do You Require Current Limiting Resistors For The LEDs In LM3915 VU Meter PCB?

LED current drive is controlled and can also be programmed thus there’s no need for current limiting resistors.

The LEDs will illuminate when the driving pins of the LM3915 VU meter PCB are turned to low.

How Do You Perform Current Programming In LM3915 VU Meter PCB?

The LED current is determined by the current drawn out of the reference voltage pin (pin 7) of the LM3915 IC.

About 10 times the size of that current is drawn through every lit LED.

The LED drive current should be inclusive of the current drawn by the internal 10-resistor divider plus the external current and voltage-setting divider.

The outputs of LM3915 VU meter PCB are current limited NPN resistors. A transistor drive is regulated by an internal feedback loop.

Output current is kept at around 10 times the current of the reference load independent of processing variables and output voltage. The transistor should not be saturated as this happens.

It is possible to run the output in saturation without having damning effects thus enabling driving logic directly. The effective saturation resistance of the output transistors is around 50 Ohms.

LEDs can also be driven from rectified AC without filtering. In order to eliminate oscillations, the LED supply can be bypassed using an aluminum electrolyte or a tantalum capacitor.

Can You Adjust The Intensity Of LED Components Of LM3915 VU Meter PCB?

Yes, it is possible to adjust the intensity of the light emitted by the LEDs.  A resistor can be used to control the current flowing into the LEDs thus regulating the intensity.

What Are The Applications Of LM3915 VU Meter PCB?

For instance, it can be used in discotheques to gauge the loudness of sound signals and to measure noise signals in other areas.

In audio level display, the LM3915 VU meter is used to measure the changes in pressure of the sound signal.

The meter is based on the principle that sounds with different frequencies have different pressure levels.

An alternative means is visually displaying the loudness of the audio signal.

The display is usually in the form of a LED lamps turning on in sequence to display the level of the audio signal.

The vibration meters are used in measuring vibrations in roads, buildings, and other structures.

The cost an LM3915 VU meter PCB varies from manufacturer to manufacturer depending on design specifications, location, labor, technology used, and other factors. 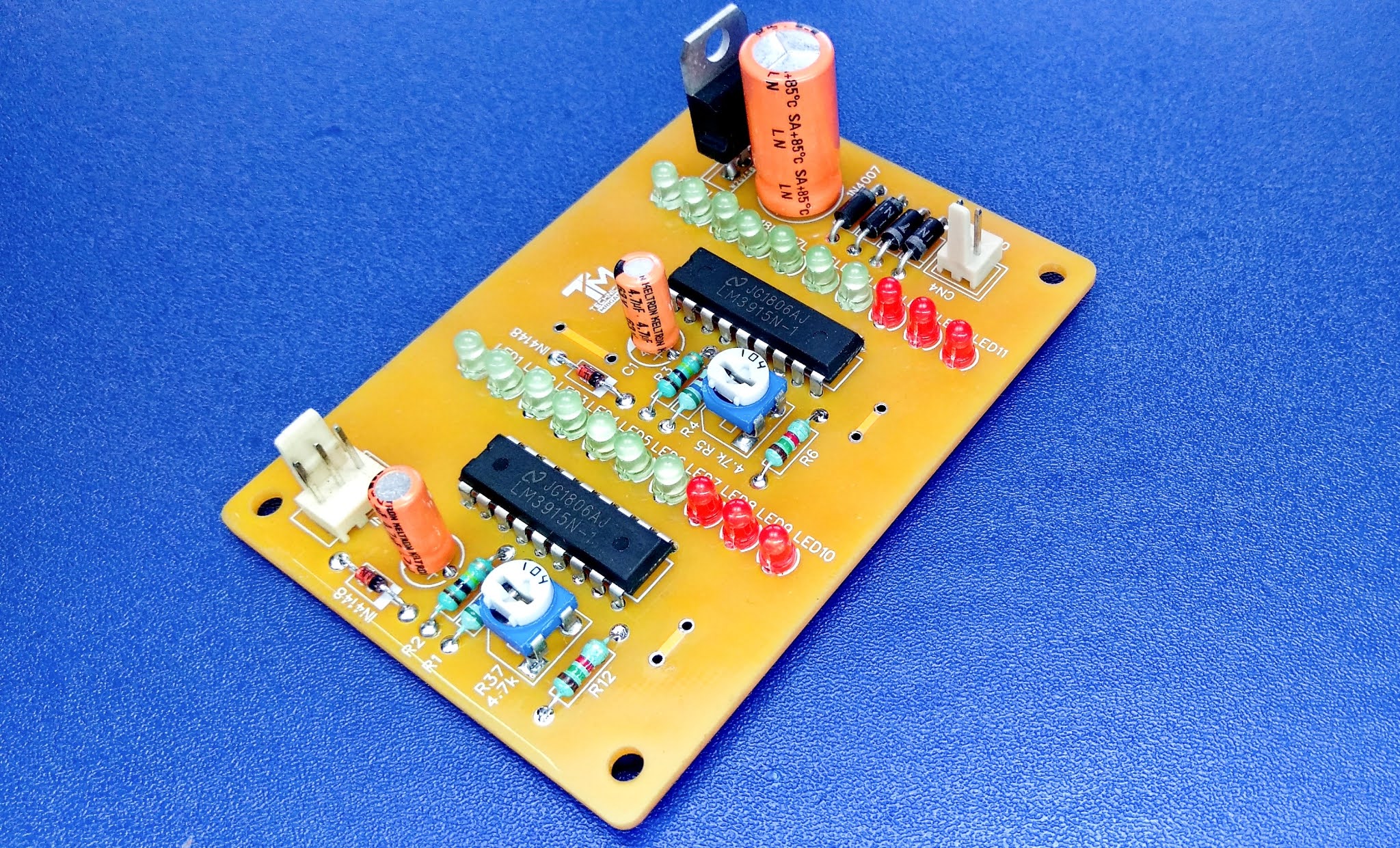 What Are The Common Soldering Defects To Watch Out For In A DIY LM3915 VU Meter PCB Project?

PCB soldering defects can be as a result of several factors ranging from human error to pollutants. The most common of these defects are:

Open solder joint can also occur when the solder is only on the PCB but not on the component lead.

Large bubbles of solder can accumulate at the joint if too much solder is applied. Even though the joint might still function, the PCB might have some mistakes covered by the solder ball.

A component shift happens due to misalignment of LM3915 VU meter PCB components on the target area.

It is sometimes experienced if the PCB components float in molten solder thus settling in wrong positions.

Cold joints could be as a result of joints not heated long enough or soldering iron being at low temperature.

Cold joints look chaotic, are not long-lasting, and always fail to work.

Cold joints sometimes cause the PCB to fail to work. They can best be avoided by practicing proper soldering techniques.

Solder bridging is where solder improperly connects one lead to another. Solder bridges are hard to notice and are not detected most of the time

These are experienced when pollutants contaminate the soldering materials.

That could not only change the appearance of the PCB but also lead to short-circuiting risks thus exposing users and devices to danger.

This might not expressly be a soldering defect but soldering still does play a role.

If not sufficient solder was applied to the pad and it gets exposed to excessive force then the pad can get lifted off.

That could lead to a short circuit which could damage the entire LM3915 VU meter PCB.

What Information Is Required For A Turnkey LM3915 VU Meter PCB Assembly Order?

The following details are need for LM3915 VU meter PCBs for turnkey projects:

At Venture Electronics, we help you get high performance printed circuit boards for all your applications.

Contact us now for all your LM3915 VU Meter PCB needs.