Probably, you are wondering what RAM PCB is all about.

Well, this guide explores everything you need to know about this memory PCB.

So, keep reading to learn more.

What Is A RAM PCB?

A RAM PCB is a computer memory circuit that allows reading and modification of data and machine code in any sequence.

You employ a RAM PCB in the storage of working data and machine code.

With a RAM PCB, you can read or write data in roughly similar times regardless of their actual location. Data line connections to the designated storage are thanks to the RAM PCB’s multiplexing and demultiplexing hardware.

Memory in a RAM PCB is volatile meaning you lose the recorded information upon loss of power.

Where Do You Employ RAM PCB?

The purpose of a RAM PCB is to offer a location for storage and retrieval of data fast. This is advantageous since it allows easy data access by running applications.

You find use of the RAM PCB in the following areas:

Why Is A RAM PCB Important?

A RAM PCB is significant since it is a vital aspect in deciding how well your computer performs.

Having inadequate RAM PCB affects your programs causing them to lag or stop working altogether.

RAM PCB transfers and stores data in conjunction with the hard drive and other components.

What Types Of RAM PCB Are Available?

There are two major RAM PCB types as follows:

The working of a dynamic RAM PCB is dependent on a regular power ‘refresh’.

You identify capacitors in a dynamic RAM PCB necessary for data storage through progressive energy release without which data is lost.

You find dynamic RAM PCBs store data in a cell constituting a transistor and a capacitor.

The capacitor has a high (1) or low charge (0), while the transistor works as a switch. 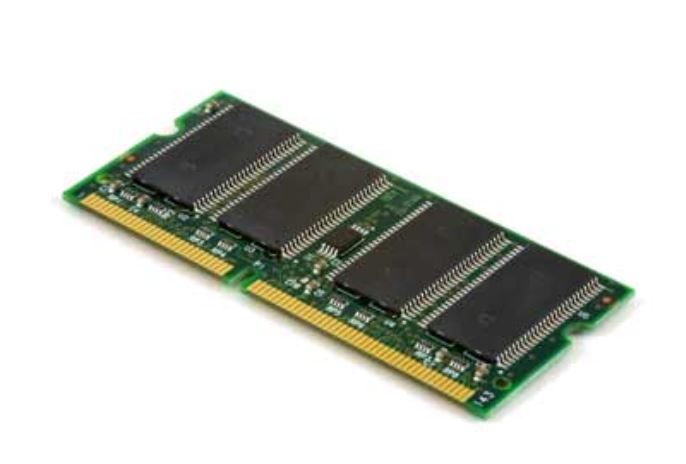 The dynamic RAM PCB is the most common type as it is less expensive to build with higher memory capacities.

However, this RAM PCB type consumes more power and has slow speeds of access.

Consequently, you need no changes in maintaining data integrity. 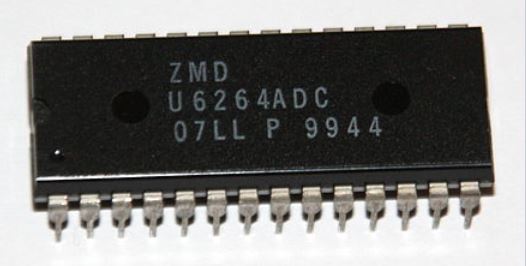 Static RAM outperforms dynamic RAM in terms of performance and speed albeit at a higher cost.

How Does The Dynamic RAM PCB Compare To Static RAM PCB?

What Components Do You Find In A RAM PCB?

Typically, you find RAM PCBs contain memory cells which consists of transistors and capacitors. However, depending on the type of RAM PCB, the cells have different architecture.

The dynamic RAM PCB memory cell consists of a single transistor and capacitor.

A dynamic PCB can accommodate thousands of such cells configured in columns and rows, with each storing a single memory block. 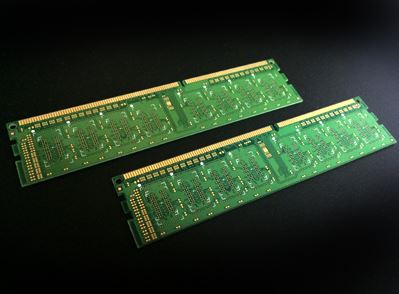 With static RAM PCBs, the memory cell consists of only transistors without a capacitor hence the need of constant power.

The transistors can be four or six with different configurations.

What Should You Consider When Replacing Your RAM PCB?

When conducting a RAM PCB upgrade, the process varies according to the device, and memory type and amount. You can update your RAM PCB by following these steps:

How Does A Dynamic RAM PCB Work?

A memory cell in a dynamic RAM PCB constitutes a transistor and capacitor pairing.

The transistor operates as a switch charging and discharging the capacitor in which you store data in charge form.

Application of a voltage to the address line causes the transistor to acts as a closed switch, allowing current passage.

When you apply no voltage, you consider the transistor as an open switch.

You organize the memory cells as columns and rows; the former as bit-lines and the latter as word-lines. The memory address defines the point of intersection of the bit-line and word-line.

The working of a dynamic RAM PCB revolves around charge release to a specific column with an active transistor bit.

You read data in 1s and 0s described respectively as a charge level exceeding 50% and less than 50%.

Charge outflow results from reading a bit-line which results in data loss if unchecked.  A counter is pivotal in tracking refresh orders based on row access.

What Are The Specific Types Of Dynamic RAM PCB?

You find different types of dynamic RAM PCB as follows:

Modifies the clock speed allowing the memory controller to identify the availability of requested data. With this type, you can store and retrieve information more quickly. 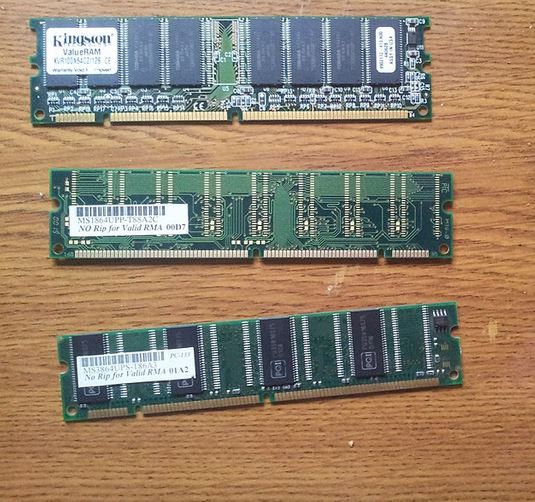 Synchronous operation offers the advantage of allowing a CPU to execute overlapping instructions simultaneously. In this case, you can read data before a preceding write process terminates.

With this type, you have double the RAM PCB capacity allowing data transfer over both the rising and falling clock signal portions. 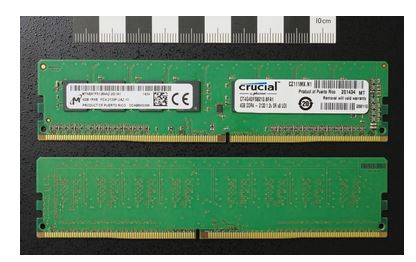 Consequently, you can handle two read and two write commands for each clock cycle.

What Cell Types Are Available In Static RAM PCBs?

A pair of the n-type transistor gates connect to the word line, forming a column link as pass transistors. You also have cross-coupled inverters consisting of poly-load resistors that control the remaining n-type MOS transistors.

Here, you have a double pairing of NMOS transistors alongside a load pair known as thin film transistors of p-type construction.

Why Should You Employ A Static RAM PCB?

Using a static RAM PCB instead of a dynamic RAM PCB affords you the following advantages:

What RAM PCB Sizes Are Available In The Market?

The RAM PCB size suitable for your device is contingent on the device type and purpose. You find the following popular RAM PCB sizes available:

A 4 GB RAM PCB is the minimum capacity for several applications including gaming.

With such a RAM PCB, you can simultaneously support several windows such as browsers and emails.

A 16 GB RAM PCB is sufficient for heavy applications with demand for excellent visuals and fast processing rates.

Having a RAM PCB with large capacity helps you avert the slowdown that simultaneous running of multiple high-power apps might generate.

You extract maximum performance levels from a 32 GB RAM PCB allowing you a seamless experience for high graphic applications.

You employ the GDDR synchronous dynamic RAM PCB for rendering video graphics, with a specialized GPU.

The design architecture of GDDR RAM PCB corresponds to the DDR RAM PCB’s with the addition of several performance boosting features.

Some notable features include:

What Is A Resistive RAM PCB?

You find that when you supply different voltages to a memristor in a ReRAM PCB, the resistance changes.

You find oxygen vacancies, created in ReRAM PCBs which comprise physical flaws in an oxide layer.

Just as with electrons and holes in a semiconductor, these vacancies epitomize a binary system’s two values. 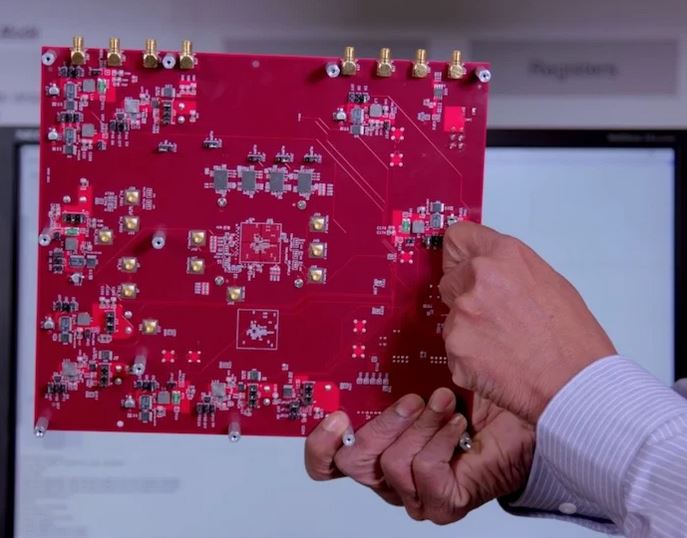 The switching speed in ReRAM PCBs is faster in comparison with other similar options like NAND flash. An increase in storage density and less power consumption is also viable.

What Is A Memory Cell In RAM PCBs?

The memory cell is central to the RAM PCB’s memory storage function.

It comprises an electronic circuit capable of storing a single bit of binary data.

How Do You Read Data From A Dynamic RAM?

Storage of data in a dynamic RAM PCB is in a memory cell. You find the following operations necessary to execute a read command:

Disconnection of the sense amplifiers pre-charges the bit-lines to a median voltage value.

The length of the bit lines ensures enough capacitance to maintain pre-charge voltage for a short time.

Connection of a storage cell capacitor to the bit-line is by enabling the word-line to high.

Thus, the transistor turns on providing charge to the bit-line, for logic value 1.

You recharge the storage cells throughout the “read” process by the sense amplifiers output current flowing into the bit-lines.

What Are The Features Of A Dynamic RAM PCB?

The dynamic RAM PCB has the following notable features:

What Are Address Strobes In Dynamic RAM PCB?

The configuration of memory cells in which you store bits of data is in columns and rows.

Each memory cell stores a single data bit and you can therefore locate the cell by providing a row and column address.

When retrieving data, a computer processor employs address strobes in communicating with the dynamic RAM PCB.

These address strobes are the RAS and CAS identifying the requisite row and column data location.

What Should You Consider When Purchasing A RAM PCB?

In purchasing a RAM PCB, you need to make the following considerations:

Consider your desired RAM PCB capacity based on your requirements.

Your RAM PCB’s frequency rating should match your device’s for a similar level of operation.

Otherwise, buying a RAM PCB whose frequency lags behind the device’s mainboard results in failure.

The interface of a RAM PCB influences compatibility. For instance, a third generation RAM PCB is not backward compatible.

Timing is subject to a RAM PCB’s setting of latency which is the clock cycle count in a complete read operation.

Therefore, where you have a low latency, it signifies better performance.

What Are Some Of The Packaging Options Available For RAM PCBs?

You find the following packages useful for a RAM PCB:

You surface mount the Ball Grid Array package which has solder balls providing electrical connection at the base rather than pins.

You therefore have an increased surface area for electrical connection in this case.

Both sides of a Dual Inline Memory Module have connectors with different pin counts for the synchronous and DDR RAM PCB.

You note that the extra pins and different keying notch positions exist to prevent their accidentally swapping.

The DFN package is a surface mount type with a square package but without leads.

Another surface mounted package, the SOIC takes up less space than a DIP package of similar size.

You can find single inline memory modules with thirty or seventy two pins.

The Thin Small Outline Package has a low profile with the leads tightly spaced. You find their use arises from having a high pin count and low noise production.

What Tests Can You Subject The RAM PCB Through?

There are numerous methods for testing a RAM PCB with each test designed to determine the dependability of its features. These tests include:

In this test, you write a random value to a memory region and then read it back for verification.

You might choose a memory region and then write a distinct data set to it before reading to double-check.

Inconsistency in the retrieved data indicates a fault with the RAM PCB’s address lines.

In this test, you aim to establish proper linkage of the lines of data on the data bus.

In testing the data bus integrity, you input a 0 to a specific memory region before reading it as the same value.

You carry out the same procedure with a value of 1 in attempts to establish a disconnection.

In a walk-through test, you examine the binary values of 1 and 0.

You may find wire disconnection is not an issue instead the existence of interconnected wires and/or to the ground and supply line.

You carry out this test once to determine the veracity of a single data bit in a line.

Consequently, you conduct an exhaustive integrity test given an 8-bit data bus, for all the binary bit combinations.

For all your RAM PCBs, you can contact us now. 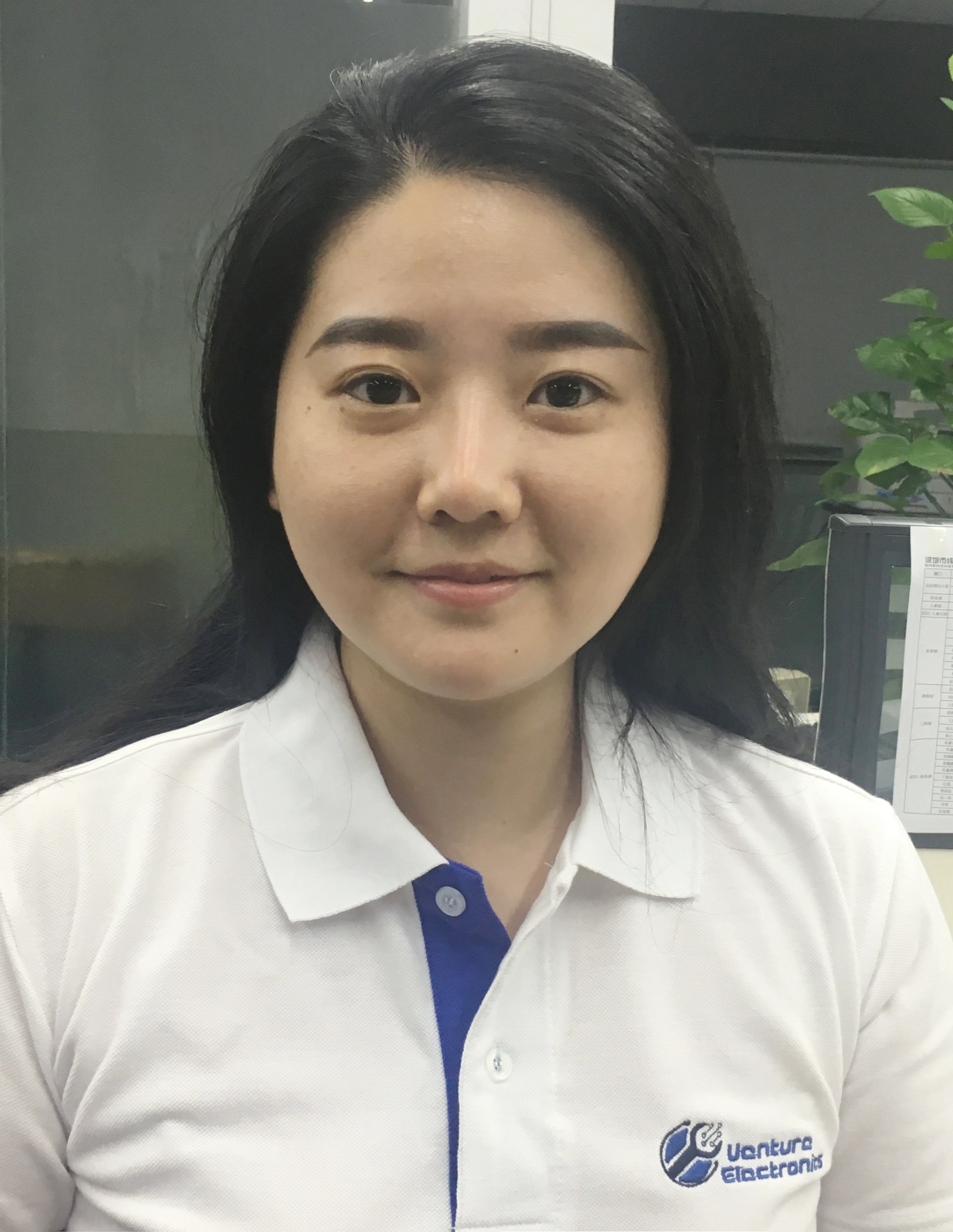 Fiona Li
Hey, I am Fiona Li, Sales Director of Venture Electronics Tech Ltd. If you are looking for a one stop PCB and PCB Assembly manufacturer in China, Venture Electronics is your best choice! We have a group of honest, hard-working, and more than 10 years experienced individuals who enjoy electronics assembly's fast-paced and challenging nature, and our business is centered around our customers.Pls always feel free to contact our team! Thank you!
Reach me Now!
Scroll to Top
Send Your Inquiry Today